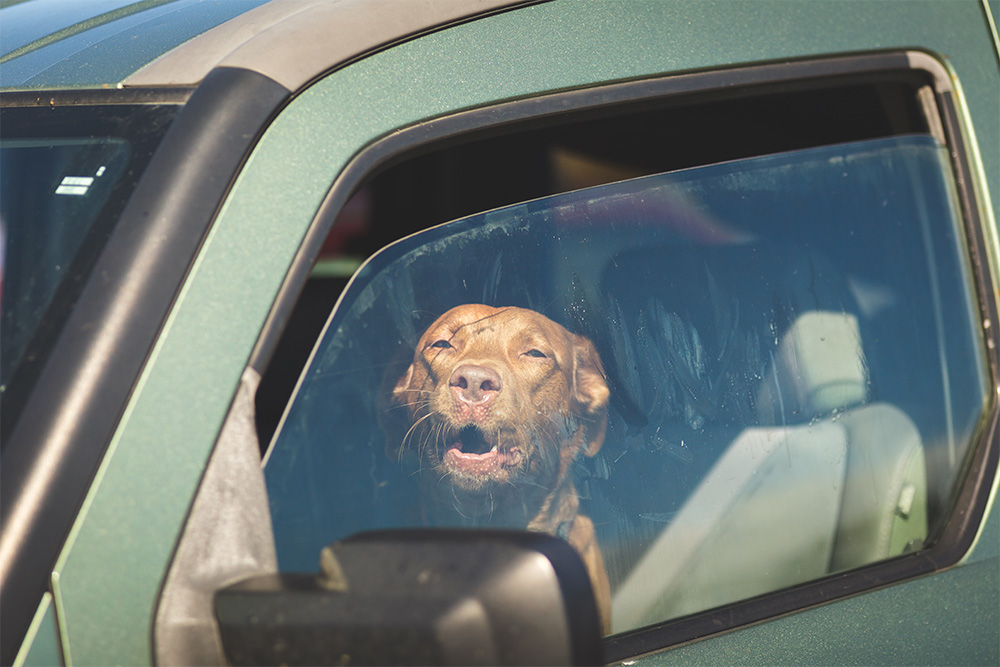 Most of us dog owners at some point have left our beloved pet in a car for a short while. We trust that our best friend will be fine whilst we pop into the shops or a friend’s house. Some workplaces even allow staff dogs on site in cars, as long as the animal’s welfare is paramount.

Over the last couple of years the risks of doing just that have been highlighted in many publicity campaigns. The reason for such publicity is that dogs can die in a hot car within a surprisingly short time. Such canine deaths have occurred not only in pet dog homes but also professional dog training and handling environments such as the Metropolitan police force.

Such a tragic death is heart breaking for a dog owner or carer. A sudden death like this is an incident that no loving dog owner will ever recover from, which is exactly why many groups are working hard to raise awareness of the serious risk to any dog left inside a vehicle on a hot day. Even with the windows open a crack any dog can die after only a few minutes of being unable to leave a hot car.

The ability of our weather to do a complete turnaround from rain and chilly winds to blazing sunshine does not help. We can be tricked by such a climate that the dog will be fine for half an hour only to realise that the car has become a greenhouse on our return.

The Kennel Club and Dogs Today Magazine teamed up in order to raise awareness on how easily a dog in a hot car can become a fatal accident. The campaign is called ‘ Don’t cook your dog’ and makes people aware through publicity of the risks.

On a warm day of around 21 degrees the temperature inside a car, even if it is not in direct sunlight can raise to well over 37 degrees Celsius. This heat would literally cook a dog whilst it is still alive. Unable to sweat as a human can in order to cool down the dog can only pant and perspire a little through his paws. Neither is enough to sufficiently cool him in extreme heat.

If you see a dog in a hot car that seems to be struggling and there is no owner around then it is important to call the police on an emergency number. Many dog owners and lovers have saved dogs lives by breaking car windows to get a sick animal out of a hot car. Caravans and glass roofed conservatories are also capable of reaching temperatures that are high enough to cause distress, and sickness, they can even be fatal to a hot dog.

So think to yourself before you leave the house. Even if it’s only going to be ten minutes, alone in the car, is it worth taking the dog along for the ride? Why not leave him at home where you know he will be safe in the shade. If you are leaving your pet in a caravan or even the conservatory at home be aware that, even in the winter, the sun may come out whilst you are away leaving your pet to try and cope with unbearable heat.

Do your dog a favour and help him by giving him places to stay cool in the summer months. He will be much happier for it. So will you because- by being aware- you know that you are not putting him at any avoidable risk.