Bringing a new puppy into your home is an exciting time, but despite his crazy playfulness and high energy, he’s not as tough as you think. Although puppies should be vaccinated against the most common canine diseases at about eight weeks old, his immune system won’t be as strong as an older dog. He’ll be more susceptible to disease and infection, so make sure that you’re aware of these common puppy illnesses and their symptoms. 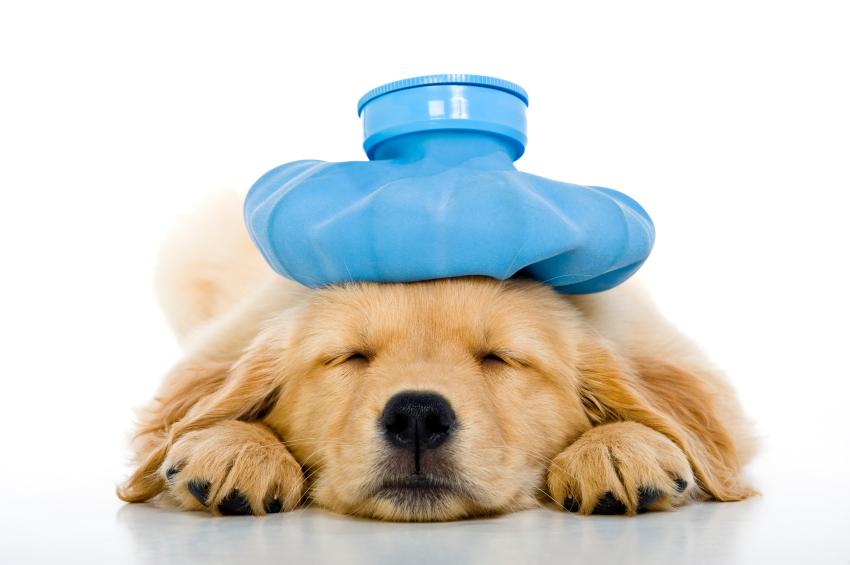 Parvovirus, or parvo, is a highly contagious virus that causes diarrhoea, vomiting, lethargy and dehydration. You’ll probably notice blood in his faeces and vomit, and he’s likely to have a high temperature. Parvo is spread through infected faeces, as well as objects and surfaces that have come into contact with the faeces, and causes death in a high percentage of cases in puppies, so it’s absolutely crucial to maintain meticulous hygiene and ensure all your dogs are vaccinated.

If your vet diagnoses parvo in your puppy, he’ll be kept in on a drip to rehydrate and will probably be given antibiotics and other medicine to treat the symptoms.

Kennel cough, or tracheobronchitis, is transmitted from dog to dog, so your puppy would need to come into contact with an infected dog to catch it. It causes a harsh, persistent cough, runny nose and lethargy, and although older dogs are often able to fight off the condition, a puppy’s immune system isn’t as strong so it may develop into more serious infections.

Treatment for kennel cough is usually medicine, such as antibiotics, that help to fight off the infection and ease the symptoms, and puppies can actually be vaccinated against it at only a few weeks old.

Puppies between three and six months old are the most susceptible to canine distemper, and it can prove fatal if not quickly diagnosed and treated. The viral disease is airborne, meaning highly contagious, and there is no known cure so any treatment given is to lesson symptoms and treat any secondary infections.

Common symptoms of distemper include high temperatures, irritated and watery eyes and nose, lack of appetite and vomiting and diarrhoea. Some strains of the virus also cause the paw pads and the nose to harden, but this doesn’t happen in all cases of distemper.

Leptospirosis is a very serious bacterial infection, and as a zoonotic disease it can also be spread to humans. If you suspect you’ve also contracted it, go to your doctor immediately and advise that you have a dog with leptospirosis so a fast and effective diagnosis can happen. The infection is passed through the urine of animals, particularly foxes and rats here in the UK.

In dogs, and especially puppies, leptospirosis can eventually lead to organ failure and death, so it’s essential that you look out for the signs and take your puppy straight away if you suspect he’s infected. Symptoms to look out for include jaundice, excessive thirst, lethargy, vomiting and bloody diarrhoea. Your vet will be able to diagnose it through a blood test, and treatment will be aggressive because of the seriousness of the infection.